As of 2017 the Governing Body has moved from Brooklyn to Warwick, NY.
https://en.wikipedia.org/wiki/Warwick,_New_York 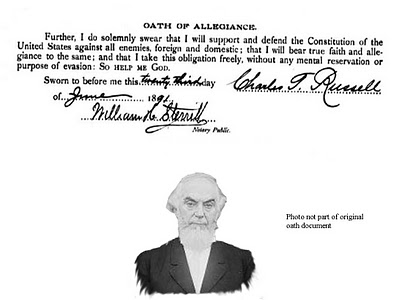 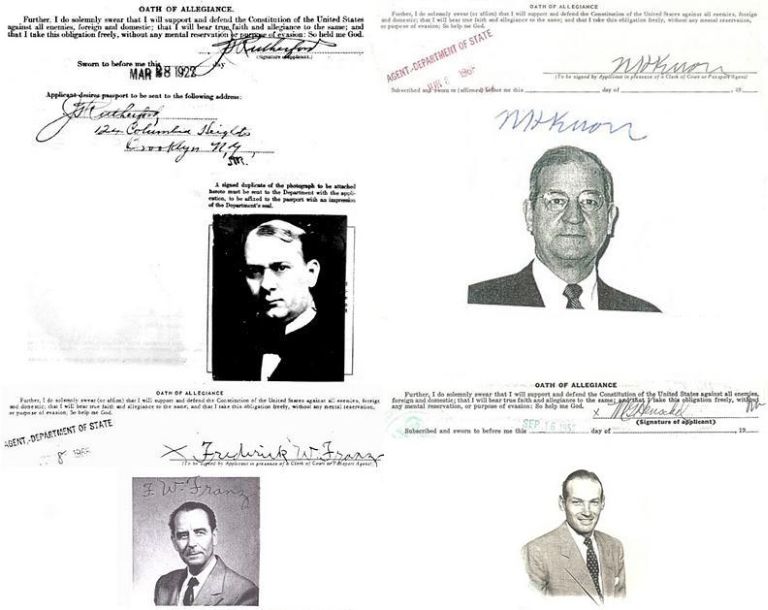 However, see the article at the next link: Watchtower presidents Rutherford,
Knorr, Franz, and Henschel are shown in their passport photos for which they
signed an oath of allegiance to the United States.  In the case of Rutherford,
it was prior to the 1935 onward ban (3/28/22), but for Knorr (6/8/68), Henschel
(9/16/52), and Franz (?/8/88), it was after the ban took effect.
http://masonemerson.freeyellow.com/christianwitnessescom/id312.html

"Because Christians can be loyal both to God and to earthly governments they
can take oaths of allegiance to defend the Constitution, as is required of citi-
zens in some countries in order to get a passport."  ("The Watchtower," Sept.15,
1964, p.551)

According to the jwfacts site, the JWs leaders ruled against such pledges and
oaths as idolatrous and worldly and out of the question--except when making an
identical oath to a country for a passport or citizenship (so the JWs could more
freely travel to sell JWs leaders' literature and for whatever reasons the JWs
leaders had to travel).
http://www.jwfacts.com/watchtower/malawi-mexico-oath-allegiance.php 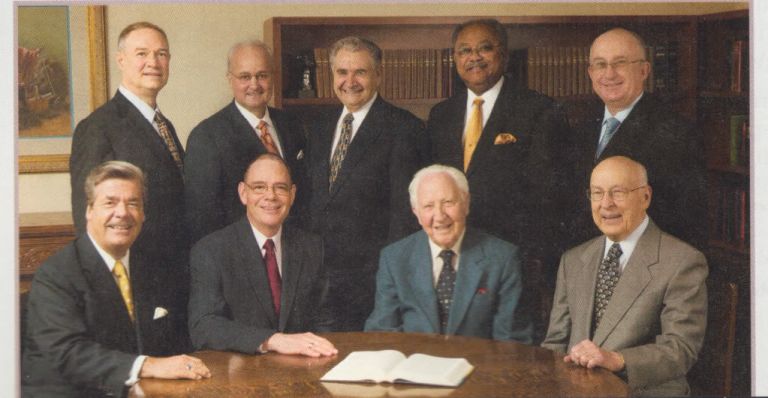