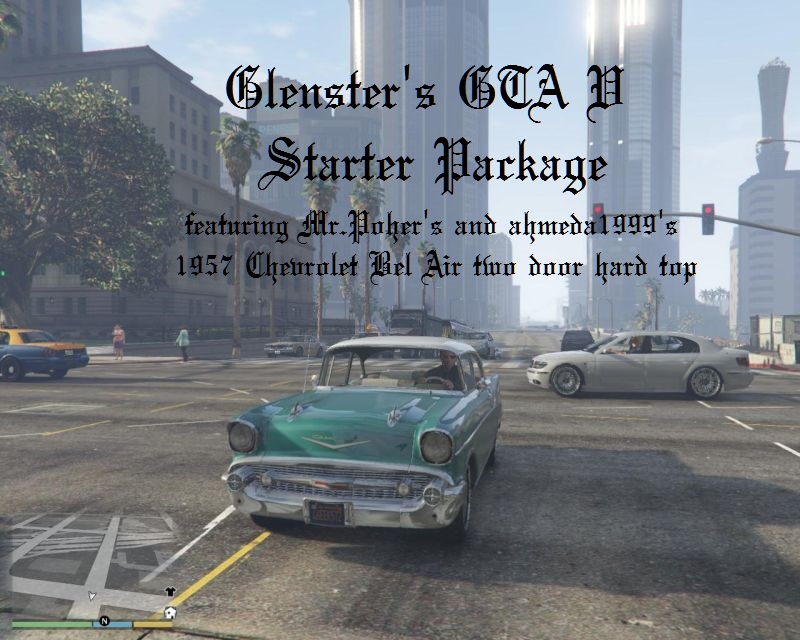 "Franklin and Lamar" has been completed.
Franklin hasn't been Busted or Wasted, has full personal stats (special,
stamina, etc.), has $1,028,803, and has a full supply of weapons.
There's a Tornado in his garage (a 1957 Chevrolet Bel Air if you use
ahmeda1999's mod I've supplied) and a modded Buffalo S in his driveway.
He did 50 stunt jumps of 50.
He flew under 25 bridges of 50.
He made 8 Knife flights of 15.  (Using the map at the next link he completed
numbers 1, 5, two--?--of 7-10, 11, 12, 14, and 15.)
http://www.igta5.com/knife-flights
He collected 50 Spaceship Parts and 50 Letter Scraps.  (I later learned that I
had to have Franklin collect them again, though.)
He watched one movie ("The Loneliest Robot in Great Britain").
He got all medals (silver or gold--maybe a bronze) at an Ammu-Nation shooting
range.
He robbed a store.
He received the service of a prostitute.
He received private dances and completed Booty Calls (with Infernus and
Sapphire).

"Complications" has been completed.
Michael hasn't been Busted or Wasted, has full personal stats (except Special
which isn't available yet), $1,004,471, and a full supply of weapons.
There's a Tornado in his garage (a 1957 Chevrolet Bel Air if you use
ahmeda1999's mod I've supplied) and a modded Tailgater in his driveway.
He flew under 26-47 bridges of 50 (I don't know which three are left).
He played Golf at par or under then won a game of Golf.
He won a game of Tennis.
Franklin has a modded Bagger motorcycle in his driveway.

"Nervous Ron" is completed.
Trevor hasn't been Busted or Wasted and has full personal skills (special,
stamina, etc.) except he only has about 95% flying skill.  He can increase
it to 100% quickly at Flight School once it opens at Los Santos Internation-
al Airport.
He has $1,916,435, and has a full supply of weapons.
There's a Tornado in his garage (a 1957 Chevrolet Bel Air if you use the mod
by ahmeda1999 I've supplied) and a Bodhi at the side of the road by his
trailer.
(I'm new at editing handling.meta but I changed it for the '57 Chevy/Tornado 1
since the original release of this save package to make the '57 Chevy
handle a little better.)
Packie McReary is available as a Heist gunman.
Taliana Martinez is available as a Heist driver.
Trevor took a couple from Sandy Shores to the Altruist Cult.

Franklin and Michael each bought a garage and added an Annis RE-7B, an Emperor
ETR1, and a Bati 801RR--all upgraded.
Franklin took his friend Lamar to the Strip Club, to drink, and to a movie
theater (to see Capolavoro).
Franklin walked and played fetch with Chop.
Strangers and Freaks:
Franklin has done missions for Beverly (2), Tanya (3), and two of Hao's
races.
Michael imagined he killed aliens near Barry the marijuana legalization ad-
vocate and had a foot race with Mary-Ann.

There are still various things to do better--such as for Gold status or that
aren't required for 100%.

This post at gta forums by ChiroVette should keep anyone busy who wants to try
for what ChiroVette calls "200%":
http://gtaforums.com/topic/834586-200-completion-club/

I've included the 1957 Chevrolet Bel Air two door hardtop which seems to have
been ported to "IV" from the 2014 game "Forza Horizon 2" by Mr.Poher then con-
verted to "V" by ahmeda1999.  A grateful thanks to ahmeda1999 for giving me per-
mission to distribute his mod!
https://ru.gta5-mods.com/vehicles/1957-chevrolet-bel-air-clean-version?
https://www.youtube.com/watch?v=O2kdW2Bsq1I
https://en.wikipedia.org/wiki/Forza_Horizon_2

(I didn't edit the carcols file for it but left information that may let you
do it.) 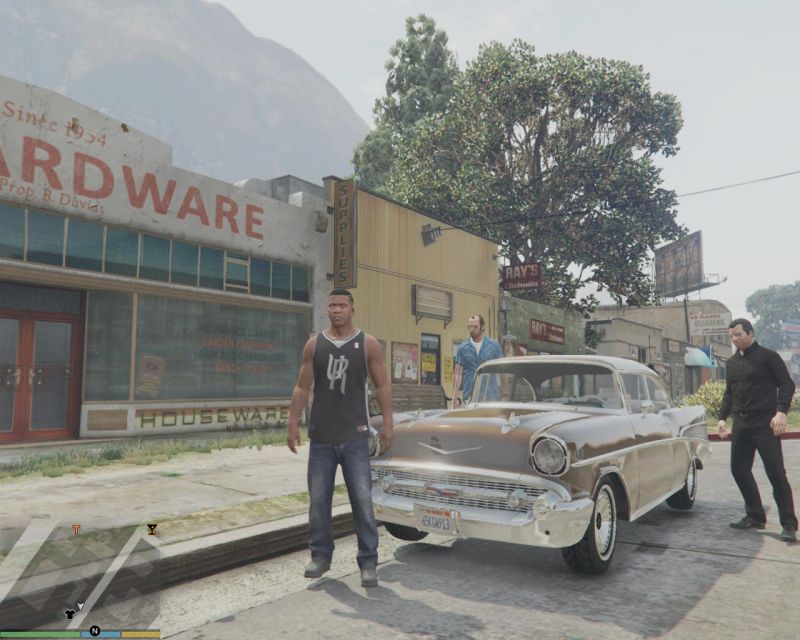 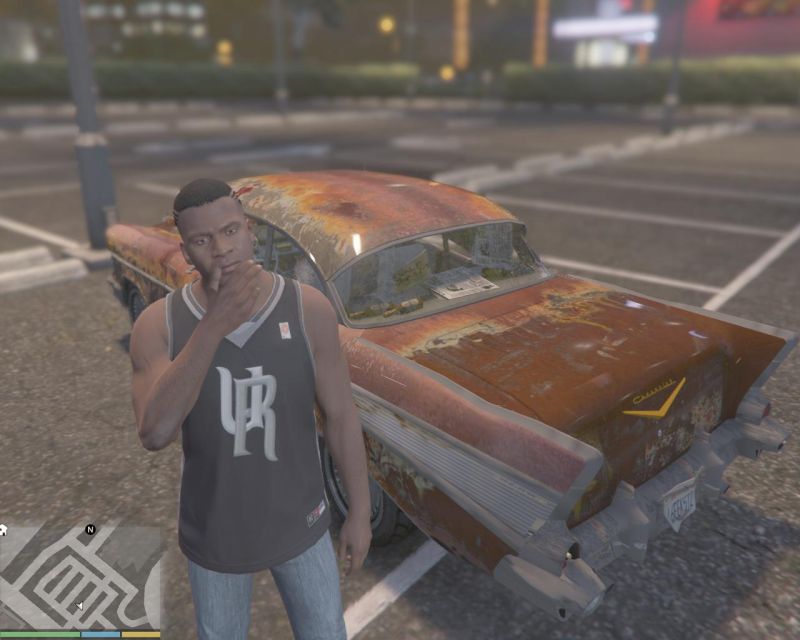 I've added a rusty roofless version by the same modders plus BKDeath2012 re-
moved the roof and other items.  Again, the one handling.meta modification af-
fects all Tornados/1957 Chevys.
https://www.youtube.com/watch?v=LsjeCN_r5_4
https://www.gta5-mods.com/vehicles/chevrolet-bel-air-1957-rusty-version-roofless 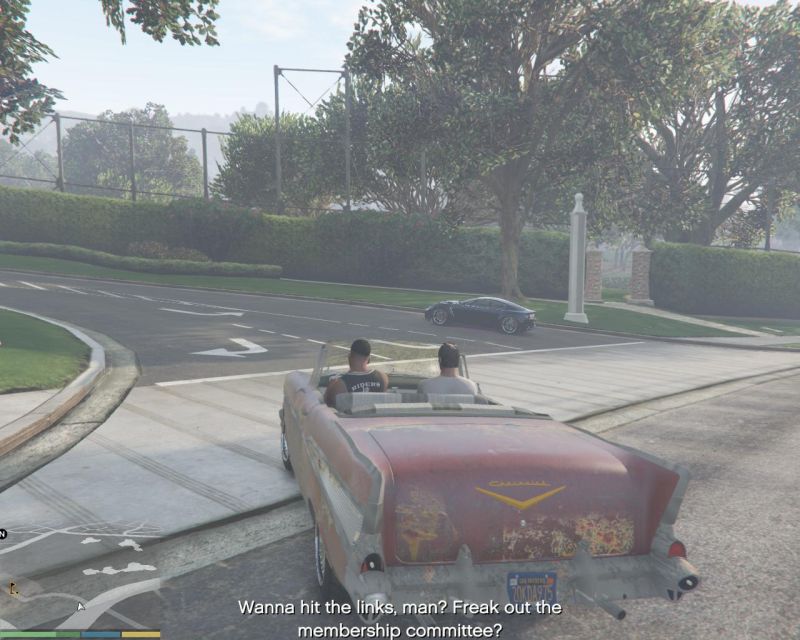 There isn't a huge need for a starter save for "V" considering what sjaak327's
Simple Trainer can do.  I highly recommend it.  While GTA "V" is regularly being
updated you need to regularly update the "Simple Trainer" and accompany that
with the latest version of Alexander Blade's "Scripthook."

"Script Hook V" by Alexander Blade
Copy the latest ScriptHookV.dll and dinput8.dll (the asi loader) to the main
game folder, too, to allow the Simple Trainer to work.
http://www.dev-c.com/gtav/scripthookv/

Press F3 to bring up the Simple Trainer.

See my other walkthroughs, starter packages, etc., at:
http://glenster1.webs.com/